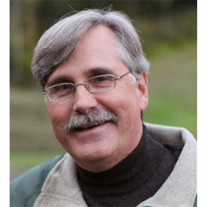 Bradley S. Fortier, 62, of Berlin, VT passed away suddenly on Thursday, February 20 surrounded by family at Porter Medical Hospital.  He was the best friend and devoted husband of 39 years to Shirley Fifield Fortier, the loving father of Dr. Jessica Fortier Shepard (Ted), and "Pappy" to the lights of his life, granddaughters Elizabeth "Libby", Josephine "Josie", and Charlotte "Charlie". He was born in Barre, Vermont on July 18, 1957 to Maurice and Dottie Fortier.  He attended Spaulding High School in Barre and graduated from Champlain College in 1980 with an Associate Degree in Business. Brad first started selling insurance at Paige and Campbell in 1982 before transitioning to marketing where he spent 25 years developing and marketing insurance programs at Champlain Casualty and Vermont Mutual Insurance. During this time, he became a Certified Insurance Counselor and an Accredited Advisor of Insurance. For the last 11 years, Brad worked at Co-Operative Insurance Companies where he was the Executive Vice-President of Operations. He is survived by his parents, Maurice and Dottie (Coffin) Fortier of Barre,  two brothers Reese (Jan) Fortier and Tim Fortier of Barre, three sisters Drussie (Monte) Meier of Oklahoma, Lori (Brad) Millington of East Montpelier, and Mary (Todd) Ronson of Washington, his mother-in-law Ritsu Kadowaki Fifield of Northfield, brothers in-law Arthur and Mark (Tarra) Fifield, sisters in-law Rita Partlow, Laura (Keith) King, Mary Fifield, and Lisa (Michael) Nolan, 14 nieces and nephews and their families, as well as numerous cousins.  Brad was predeceased by his brother in-law Joe Bedard of Barre, Vermont. Brad was a true outdoorsman and was deeply connected with nature.  He spent many hours hunting and fishing with Jessica, his family, and many friends.  Brad was especially fond of the times spent on Peacham Pond at the family camp which he helped build with his father and brothers in 1969.  Brad was a skilled musician who enjoyed playing the guitar, the piano, and most recently he taught himself to play the banjo.  Music was an integral part of his life from playing in a band with friends, to most recently serenading his granddaughters who were his biggest fans. A Memorial Service will be held at 1 pm on Tuesday, March 3, 2020 at the Hedding United Methodist Church in Barre with a reception following at the Barre Elks Lodge.  There are no calling hours. In lieu of flowers, contributions can be made to the National Multiple Sclerosis Society at 75 Talcott Road, Suite 40, Williston, VT 05495. Arrangements are in the care of the Pruneau-Polli Funeral Home, 58 Summer St. Barre

Bradley S. Fortier, 62, of Berlin, VT passed away suddenly on Thursday, February 20 surrounded by family at Porter Medical Hospital.  He was the best friend and devoted husband of 39 years to Shirley Fifield Fortier, the loving father of Dr.... View Obituary & Service Information

The family of Bradley S. Fortier created this Life Tributes page to make it easy to share your memories.

Bradley S. Fortier, 62, of Berlin, VT passed away suddenly on...

Send flowers to the Fortier family.