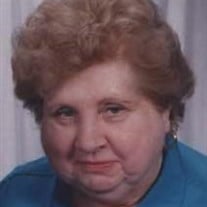 Not sure what to send?

SOUTH BARRE – Claudette O. Bassett, 88, of Barre passed away on November 1, 2021, at Berlin Health and Rehab in Berlin. Claudette was born in Glen Cove, Long Island, New York and was the oldest of 4 children born to Claude Bassett and Orphise Perras Bassett on November 6, 1932. Claudette started out at a young age to move from place to place. She attended elementary school at St. Alberts School in West Stewartstown, NH, she graduated eighth grade from Holy Ghost School in Graniteville, Vermont, she was a boarding student at St. Mary’s Academy in Island Pond, Vermont for 4 years and she graduated from there in 1952, with her class only containing 4 girls and 2 boys. After graduation, Claudette spent a few years at home in Graniteville. A friend of hers moved to New York City and invited Claudette to join her. They both enrolled and graduated from St. Joseph’s School of Practical Nursing in Yonkers, New York. She received her LPN degree and decided to work in New York City. Her first job was at Will Rogers memorial Hospital in Saranac Lake, New York. It was a cottage type treatment center for Vaudeville performers afflicted by tuberculosis. Claudette worked there for 10 years until they closed in 1975. Now it is based in Toluca Lake, California. Claudette then moved to New York City and retired from nursing after 30 years where she was employed at different homes throughout the city. She loved her work as a private nurse and enjoyed city life. She then moved to Barre to live with her sister Barbara. They lived together for 13 years and enjoyed reminiscing of old times and new times together. She was a good sister and we loved each other very much. Claudette has 2 nieces Leilani and Heather, and 4 great-nieces Brisa, Maya, Serena, and Marlinda, all living in CA. She also has many cousins. Besides her parents, Claudette was predeceased by her two brothers, Ernest, and Ashley. There are no calling hours. A Mass of Christian Burial to honor and celebrate her life will be held on Thursday, June 30 at 1:00 pm at St. Monica’s Catholic Church in Barre with a committal service held at the family plot at St. Sylvester Cemetery. In lieu of flowers, contributions can be made to St. Monica’s Catholic Church, 79 Summer Street, Barre, Vermont 05641, BAYADA Hospice, 354 Mountain View Drive Suite 305, Colchester, Vermont 05446, and Berlin Health and Rehab Center, 98 Hospitality Drive, Barre, Vermont 05641. Arrangements are in the care of Pruneau-Polli Funeral Home, 58 Summer Street, Barre, Vermont.

SOUTH BARRE &#8211; Claudette O. Bassett, 88, of Barre passed away on November 1, 2021, at Berlin Health and Rehab in Berlin. Claudette was born in Glen Cove, Long Island, New York and was the oldest of 4 children born to Claude Bassett and... View Obituary & Service Information

The family of Claudette O. Bassett created this Life Tributes page to make it easy to share your memories.