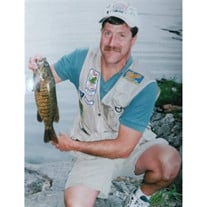 David Wendell Kibling David Wendell Kibling, age 62, originally from Windsor, VT, passed away on September 1, 2021 at his home in Barre, VT.  He was born in Windsor, VT on April 3, 1959, the son of Wendell and Shirley (Burnham) Kibling.  He grew up in Windsor, VT and graduated from Windsor High School.  He was a member of the Windsor Fire Dept for 15 years and his mentor was Past Windsor Fire Chief, Dave Stammers.  David was awarded a commendation for meritorious service by the Windsor Board of Selectmen on April 3, 1990.  He also worked at DHMC as a phlebotomist and assisted in performing autopsies until he became disabled.  He had a passion for healthcare and firefighting. He married Trudy Blanchard in August of 1986 and later divorced.  He then went on to marry Janet Pulling in July of 1991 and later divorced. He loved to go fishing at his special spot at Sumner Falls in Hartland, VT and he enjoyed hunting with friends. He enjoyed collecting things. He started out with coin and stamp collections and progressed into baseball cards/sports memorabilia, beanie babies and fishing gear. He also collected porcelain dolls for his mother. He is survived by his daughter, Deanna (Jeff) Deforge of Laconia, sons Eric (Molly) Blanchard of Plainfield and Andrew (Ashley) Kibling of Londonderry, VT, brother Jay (Wendy) Kibling of Windsor, Sisters Brenda (Brian) Martini of Windsor and Patti (Terry) of Charlestown, NH. He is also survived by his dear friend Cyndi and her children Trevor and Kayce.  He is also survived by several grandchildren, nieces, nephews, cousins, aunts and uncle. David was predeceased by his parents, maternal grandparents Flossie and Morris Burnham, paternal Grandparents Florence and Guy Kibling and several aunts and uncles and cousins. A Celebration of David's life will be held on Saturday, October 2 at 4:30pm at the Ascutney Cemetery in Windsor, VT in the upper lot and he will be buried with his mother, who he adored and loved deeply.

The family of David Wendell Kibling created this Life Tributes page to make it easy to share your memories.

Send flowers to the Kibling family.