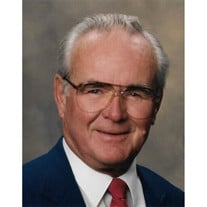 Homer R. Fitts BARRE - Homer Robert Fitts, 94, of Barre died Monday, Aug. 30, 2021, at the Central Vermont Medical Center after months of declining health. He left behind his family and friends, but there will be many memories from his long and fulfilling life. Born in Barre on Oct. 13, 1926 he was the son of Harold W. and Alice (Downing) Fitts.  He attended Barre Schools graduating from Spaulding High School in 1944.  After graduation he enlisted in the U.S. Navy for the last two years of World War II, before returning home to work in the family business (The Homer Fitts Co.). On Oct. 8, 1948 he married Elsie Riddel of Graniteville.  They made their home in Barre before moving to Orange California for a short time.  In 1960 the family moved back to Barre where he would help run the family business for the next 26 years.  After his retirement they moved to their house on the lake at Joe's Pond in West Danville. He grew to love Joe's Pond and its people.  The friendships he made on the Pond as well as those throughout the surrounding area, were some of his best.  After Elsie's death in 2005 he remained at Joe's Pond struggling with life and his health until a wonderful person brought a new faith and meaning into his life.  On Sept. 19, 2009 he married the person, Margaret Lajeunesse Guilmette at Saint Monica's Church in Barre.  Margaret and her family brought him much joy and happiness in his later years; both as a husband, brother-in-law, stepfather, grandfather, and great grandfather.  He loved all of you and thanks each of you for your special moments. Homer's love for Barre and its people were most evident in his civic and social involvement over the years.  He was a member of the Barre Rotary, Barre Jaycees, Barre Merchants Bureau, Central Vermont Chamber of Commerce and Central Vermont Hospital Board to name a few.  He enjoyed the fellowship at the Mutuo Soccorso Club, Barre Elks Lodge #1535, American Legion Post #10, Canadian Club and Granite Lodge #35.  He was very active in York & Scottish Rites and enjoyed his 67 years within Mt. Sinai Temple #3, which culminated with him becoming Potentate in 1977. As much as Homer loved his times in Barre and at Joe's Pond, he also enjoyed his many trips to the southern Maine Coast (Moody Beach & Wells for lobster stew & fried clams) where he summered growing up at the Fitts family Beach Home. Homer is survived by a son, Douglas Fitts and his wife Christie, of Murrells Inlet, SC; daughter, Ellen Cooper and her husband Cliff, of Burlington, VT and a son in law Eric Martin of Salt Lake City, UT; his grandchildren and their families, Michael Fitts and his wife Andrea of Trophy Club, TX, Karen Madigan and her husband Denny of Essex Junction, VT. David Cooper and his wife Abby of Boston, MA, Jeffrey Cooper and his wife Casey of Boston, MA, Kallie and Kipp Martin of Salt Lake City, UT; his great grandchildren Mackenzie and Jameson Madigan and Ella Cooper. Homer was predeceased by his wife of 57 years Elsie (Riddel) Fitts; his daughter Susan (Fitts) Martin; second wife of 9 years Margaret (Lajeunesse) Guilmette - Fitts; his brothers Wendell Fitts, Stanley Fitts; his sister Barbara (Fitts) Corrigan and many more family members and friends. Our Dad left behind family, friends, and many memories, but he wanted you to know how much you meant to him in making his life so special.  His only wish is that you share your love with others and remember to hug your loved ones as much as possible. It is with much regret, in these difficult times, that there will be no calling hours nor funeral service. A private family graveside funeral will be held at time of internment at the Wilson Cemetery in Websterville. At Homer's request, contributions in his memory may be made to your favorite charity. Arrangements are in the care of the Pruneau-Polli Funeral Home, 58 Summer St. in Barre. Family owned and operated.

Homer R. Fitts BARRE - Homer Robert Fitts, 94, of Barre died Monday, Aug. 30, 2021, at the Central Vermont Medical Center after months of declining health. He left behind his family and friends, but there will be many memories from his long... View Obituary & Service Information

The family of Homer R. Fitts created this Life Tributes page to make it easy to share your memories.

Send flowers to the Fitts family.