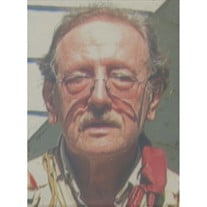 BARRE CITY- On December 26, 2020, Luke J. Jacques passed away peacefully at his home on Long Street in Barre City.  On the family farm in Saint Samuel, Quebec, Luke was born December 2, 1945, third of Joseph's and Therese's six children. With his mother and sisters, Luke migrated to the United States on September 17, 1948, to join Joseph who already worked in the thriving Barre granite industry. His family settled on the Southside of Barre City. Luke attended Saint Monica's School and graduated in 1964 from Spaulding High School. Discharged on November 10, 1970 as an E-4, he served six years with Army National Guard, First Battalion 86th Artillery, and the U.S. Army Reserve. Soon he married Rebecca and then welcomed his son Bryant Patrick. On September 17, 1973, he was naturalized as a U.S. citizen. In high school, Luke managed the front service at the A&W, and then worked at Rock of Ages Memorials. From 1966 to 1985, he worked at Sprague Electric Company. He went from machinist to serve as department leader and as a tool, die, and gauge maker. After Sprague Electric left Barre, he worked for K.L.H. Machine Builders, with responsibility for building specialized machines from raw materials for high-speed assembly use in the wire industry. From 1988 until the plant moved, he worked at Bombardier Corporation, fabricating assembly jigs and fixtures for the engineering and subsequent manufacturing of high-speed rail cars. In 2007, he retired from work as a winding operator and machinist with S.B. Electronics. Then Luke suffered a neck injury which severely limited activities and travels. But he was steadfast and determined to be independent and self-sufficient, with creative ways to maintain and manage his home. The love and support of his family and neighbors in the Barre area allowed Luke to live at home, navigate through life, and manage his health care needs. Luke was known in his earlier years for his gold Pontiac Firebird and his special love of the outdoors-exploring, woodworking, hunting, fishing, and trapping. He was a successful deer hunter and named his special spot "Luke's Hill". He was a member of Barre Fish and Game Club, Ducks and Trout Unlimited, and Northfield Beagle Club. He raised and trained generations of beagles, and in winter often was either ice fishing or snowshoeing in the woods with his dogs. Later, Luke was a participating member of the American Society of Dowsers and the Federation of Metal Detector and Archeological Clubs. He enjoyed historical research, gold prospecting, and treasure hunting.  He was a birdwatcher. He designed and built implements and tools for less destructive digging at historic sites. His keen sense of detail helped him create fishing hardware used in fly fishing, trolling, and ice fishing. On Long Street, he was a skilled neighborhood arborist, who tackled problem trees nearby and far away, using traditional climbing techniques. Luke was a kind, humble, quiet, and considerate man with a level head and even temper. His favorite places were his home, the deer camp in Norton's "big woods" with friends, fishing with his family and friends on Lake Champlain, Lake Ontario, the Kennebec River, and Moosehead Lake-and many brooks, ponds, and secret spots around northern and eastern Vermont. He loved his neighborhood and life in Barre. Luke had a thriving vegetable garden and kept perennial gardens. His great love of all family was especially given to his grandsons, Kyle Bryant and Bryson Luke. Luke is predeceased by his father and mother, Joseph and Therese. He is survived by sister Lucette Lentini, Barre City; sister Ginette Harvey (Robert), Barre Town; sister Suzanne Stalb (Alan), St. Petersburg, Florida; sister Charlotte Keene (Kerry), Cabot; brother Rocky (Denise), Barre Town; his son Bryant, Norridgewock, Maine; and his grandsons, Kyle and Bryson, Norridgewock, Maine. A private family interment will be held at Hope Cemetery in Barre on a date to be determined in June of 2021. In lieu of flowers or other considerations, donations can be made to the Vermont Humane Society. Arrangements are in the care of the Pruneau-Polli Funeral Home, 58 Summer Street in Barre

BARRE CITY- On December 26, 2020, Luke J. Jacques passed away peacefully at his home on Long Street in Barre City.  On the family farm in Saint Samuel, Quebec, Luke was born December 2, 1945, third of Joseph's and Therese's six children. With... View Obituary & Service Information

The family of Luke J. Jacques created this Life Tributes page to make it easy to share your memories.

Send flowers to the Jacques family.