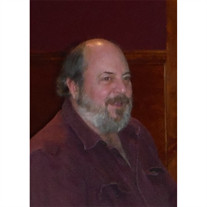 BARRE TOWN- Randy G. Reynolds, 64, of Barre Town, passed away Wednesday, April 1, 2020, at the University of Vermont Medical Center Hospital in Burlington of complications due to colon cancer. Born in Barre, Vermont on September 30, 1955, he was the son of the late Gordon and Rita (Houle) Reynolds. On August 2, 1975, Randy married Debra (Crete) Reynolds in Barre, Vermont, where they presently reside. Randy had a long and varied work history within the local and international granite industry. In his early years, he worked as a police officer with the Barre Town Police Department, and in his later years, he was a proud co-owner of Ping's Sausage. Randy enjoyed travelling with his wife for work and pleasure, including to the Bahamas, Australia, Hawaii, Italy, France and multiple states within the U.S. Many of his travels were tied to his passion for fishing and hunting. He was an avid and competitive bass fisherman for many years before competing in national and international deep-sea fishing tournaments. He enjoyed many outdoor activities including deer hunting, gardening and maple sugaring. No matter what he was doing, he got the most enjoyment out of the time he spent with his family and friends. He loved to cook for others, and many people will remember him for the pig roast get-togethers he and Debra held at their home. One of his proudest contributions was to the Societa' Di Mutuo Soccorso. He served in various positions for many years, including President. He took a great deal of pride and pleasure in the camaraderie he received from, and in the service that he provided to the members as a leader, cook and fellow member. Randy also held memberships with the Barre Elks Club, Canadian Club and Barre Rifle and Pistol Club. Additionally, he was one of the founding members of the North Country Bassmasters. Randy is survived by his wife, Debra Reynolds; daughters and their husbands, Sabrina and Craig Guillette of Barre Town and Jaime Reynolds and Tom Schutz of Topsfield, Massachusetts; and grandchildren, Briana Colson, Cade Guillette and Maggie Schutz; among various cousins, aunts and many friends. He had a particularly close relationship with his cousin, Chuck Houle and his wife Eileen, who stood by his side before and during his health battle. He is predeceased by his two brothers, Mark and Daniel Reynolds; his parents, Gordon and Rita Reynolds; and his great-grandmother, Helen Reynolds. A tentative Mass of Christian Burial will be celebrated on Wednesday, September 30, 2020 at 11am in St. Monica Catholic Church in Barre. There will be no calling hours. His family would like to extend their deep appreciation for the wonderful care and compassion extended to Randy by the doctors and nursing staff and Palliative Care Team at the UVM Medical Center. In this particular time and for health purposes, the family is asking for flowers and gifts to not be sent. For those who wish, memorial gifts may be given to the University of Vermont Medical Center, 111 Colchester Avenue, Burlington VT. 05401. Arrangements are in the care of the Pruneau-Polli Funeral Home, 58 Summer St. Barre

The family of Randy G. Reynolds created this Life Tributes page to make it easy to share your memories.

Send flowers to the Reynolds family.