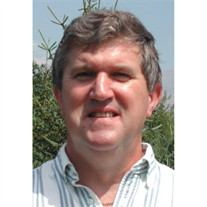 BARRE TOWN-Richard W. Knowlton, 72, of Scenic View Drive in Barre Town, passed away unexpectedly at his home with his partner close by on April 12, 2021. He was born in 1948 in Morrisville VT.  Richard was the son of the late Clayton and Margaret (Semple) Knowlton. Richard graduated from Lamoille Central Academy High School in 1966 and attended Vermont Technical College where he earned an AE degree. Richard went to work for the State of Vermont and worked in many capacities including geology, in the material lab, and for the most part inspecting bridges.  Richard loved working in the field and had colorful stories that he'd willingly share with friends. One story being that at one time or another he had inspected every bridge in Vermont. Most recently he volunteered for the town of Barre in one of their solid waste sites. After a substantial shoulder injury Richard retired at the young age of 55. Richard fully enjoyed his retirement and filled his days with the activities he loved.  He was passionate about all environmental concerns. He loved taking furniture that was seemingly rubble and lovingly restoring it to be not only serviceable but lovely and then find it a home.  He did the same with tools spending hours sanding and painting them.  He loved going to garage sales or perusing free piles to find these items.  He loved his yard and created a haven for the hundreds of birds that came to his feeders daily.  Richard had an insatiable appetite for Chinese food and was known treat anyone willing to go so he could indulge and over tip the wait staff. Richard served in the Vermont National Guard for years.  He was a member of the American Legion and the VFW more to support them as he rarely frequented them.  He was a Mason. Richard was a generous philanthropist donating to many local and national non-profits whose missions he aligned with. Richard is survived by his partner Wanda Miller, daughters, Paige and her husband Peter LaChance of Vancouver BC, Sarah Knowlton and her fiancé Steve Renaud of Hyde Park VT, son, David Knowlton, his wife Susan of Waverly TN. Sisters, Christine and Craig Hammersmith of Defiance OH, Penelope and Dr. John Thomas of WV, his brother Robert Knowlton of WV and his granddaughters, Sierra and Celeste LaChance and Keanna Koné  and grandson Elijah who will be born in June.  Wanda's children Maxx Miller and Desireé Buswell of Barre VT. There will be no calling hours. A celebration of life will take place this summer. The time and location have yet to be determined. Photo credit from the late Mark Sargent. Pruneau-Polli Funeral Home, 58 Summer Street in Barre, assisted the family.

BARRE TOWN-Richard W. Knowlton, 72, of Scenic View Drive in Barre Town, passed away unexpectedly at his home with his partner close by on April 12, 2021. He was born in 1948 in Morrisville VT.  Richard was the son of the late Clayton and Margaret... View Obituary & Service Information

The family of Richard W. Knowlton created this Life Tributes page to make it easy to share your memories.

Send flowers to the Knowlton family.