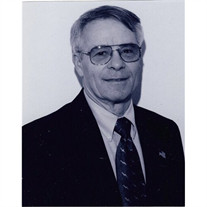 ROBERT C. BRAULT BARRE TOWN- Robert C. Brault, 86, of Beckley Hill Road, passed away into eternity on Friday, October 9, 2020 at his home. Born April 5, 1934 in Barre, he was the son of the late Edward and Isabelle (Pillette) Brault. On December 29, 1956, Robert married 'the love of his life" Angela Caslani at St. Monica's Church in Barre. They have enjoyed 63 years of marriage together. Robert graduated from Spaulding High School, class of 1953. He then attended St. Michael's College and then to Bentley College of Accounting & Finance and graduated in 1956. In September of 1956, Robert served in the Army in the 3rd Armored Division at Fort Hood Texas, and Germany. He was honorably discharged in September 1958. Robert was employed by Albert E. Slayton, Public Accountant in Montpelier and then at Paige & Campbell in Barre. In September 1969, Robert and Mario Lorenzini purchased and operated the Country House Restaurant in Barre which he operated it until 1987. Robert was very active in his community and served in several organizations such as: The Barre area development, Central Vermont Chamber of Commerce, Vermont Lodging and Restaurant Association, The Barre Lions Club, St. Monica Church, Vt. Basketball Officials Association, and over 50 years at the Vt. Football Officials Association, Barre Youth Sports, Mutuo Soccorso Society, the Knights of Columbus and the Americal Legion. He enjoyed all sports and enjoyed playing tennis for many years. He was honored with the Barre Joint Service Club Award in 1997. Robert is survived by his loving wife Angela Brault, his brothers, Leonard, and Janice Brault of Westernville N.Y., Norman and Colleen Brault of Royal Oak MI., Rev. Bernard Brault of Bay Shore, N.Y., and Roger and Patricia Brault of Barre Vt. He also leaves behind sister-in laws, Rita V. Caslani of Barre Vt., and Bianca C. Duff of Las Vegas NV. He leaves behind many cherished, Nieces and Nephews. Contributions in Robert's memory can be made to St. Monica Church, 79 Summer Street in Barre Vt. 05641. Due to Covid19 restrictions, a Mass of Christian Burial will be held by private invitation at St. Monica Catholic Church in Barre. Burial will follow at Hope Cemetery. Arrangements are in the care of the Pruneau-Polii Funeral Home, 58 Summer Street in Barre.

ROBERT C. BRAULT BARRE TOWN- Robert C. Brault, 86, of Beckley Hill Road, passed away into eternity on Friday, October 9, 2020 at his home. Born April 5, 1934 in Barre, he was the son of the late Edward and Isabelle (Pillette) Brault. On December... View Obituary & Service Information

The family of Robert C. Brault created this Life Tributes page to make it easy to share your memories.

Send flowers to the Brault family.