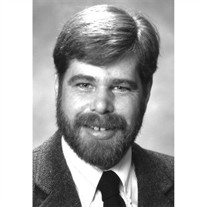 Barre City - Wayne L. Davis, 65, of Short Street, died on October 30, 2020 at Woodridge Nursing Home in Berlin. Born on September 8, 1955 in Barre City, he was the son of the late Lewis T. and Mae T. (Barcomb) Davis. He attended Barre City Schools, graduated from Spaulding High School in 1973 and continued on at Paul Smith College in New York state. In July 1978 he started work at the Vermont Agency of Transportation as an Engineering Aide. Over the years Wayne held many different positions at VTrans, but his real passion was overseeing the state municipal park and ride grant program. He tried very hard to keep the grant application process, from beginning to end, as simple and non-bureaucratic as possible so that municipalities could obtain funds to start and/or upgrade their projects. He understood the reasoning and value (pre-requisites for Wayne getting behind anything) in the park and ride lots and had no problem telling a neighboring property owner "No, you can't sell your used car out of the commuter lot." The municipalities Wayne dealt with really appreciated all his efforts. The most complicated and long-standing project he worked on was Burlington's Champlain Parkway (previously known as the Southern Connecter). Of all the employees in VTrans, he worked on it for the longest time and knew it inside and out. If things go according to plan, all of his hard work will result in construction starting in 2021. At the time of his death, Wayne was still an active employee, and had been attending meetings and working a few hours weekly until late summer, when he just couldn't do it any more. In 1990 he met Cathy Gauvin and her son Robert and they eventually became a family. Wayne and Cathy enjoyed camping, Thunder Road, traveling to North Carolina and Florida, and hosting family gatherings. Wayne was an excellent baker so he was always in charge of desert. He made a mean cheesecake, key lime pie and carrot cake, among other things and always made too much, so everyone could bring some home. Cathy died in 2019, after her second bout with breast cancer. Wayne took good care of her during those times. Wayne was stubborn and proud, and at the same time extremely generous.  He served on the Barre City Council, and helped Cathy establish her daycare. He was a mentor to young people he met through the daycare, and most importantly, through Boy Scouts. Growing up in Barre, he was a member of Troop 795, and in 1972 he attained the rank of Eagle. In adulthood he held positions of Cubmaster, Assistant Scoutmaster, Long Trail District Committee Chair and was a Unit Commission member. He received the Long Trail District's Cubmaster of the Year award in 2015 and also served as Vice Chairman of the Board for Sky Acres. Having attained Eagle himself, he recognized the effort that went into it, what an achievement it was, and spent countless hours helping others reach it. He got interested in beekeeping a few years ago and spent a lot of time educating himself and sharing his knowledge with friends. He was thrilled to have helped keep a hive alive over last winter. He also loved cats and had a soft spot for strays. Wayne had a great low-key sense of humor, especially when it was directed at himself. His best story involved a trip to Montreal with a girlfriend and some forgotten hunting rifles in the trunk of the car. Getting back into the country wasn't as smooth as getting out, and involved at least one strip-search. Needless to say, the relationship didn't last! He is survived by siblings Elsie, Nancy and Russell and more distant relatives, friends, and friends who considered him family. A graveside service will be held in the spring at St. Sylvester Cemetery in Lower Websterville, date to be announced. Arrangements are in the care of the Pruneau-Polli Funeral Home, 58 Summer Street, Barre, VT.

The family of Wayne L. Davis created this Life Tributes page to make it easy to share your memories.